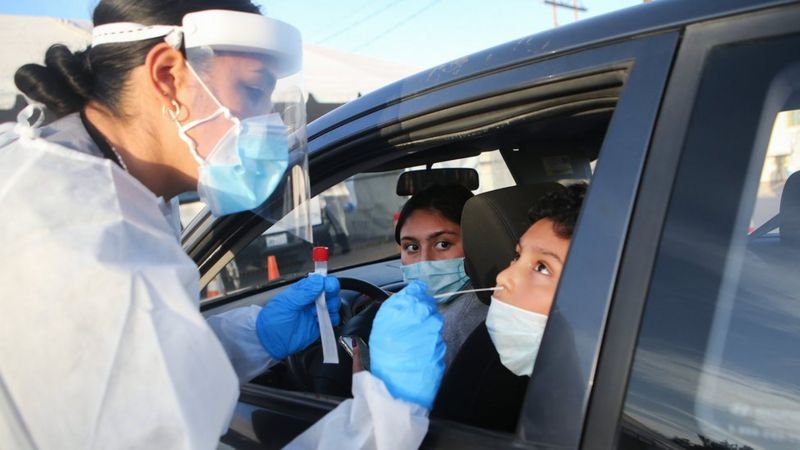 Michigan and Washington are the latest US states to bring in strict measures to try and curb the spread of Covid-19.

High schools and colleges are to halt on-site teaching and restaurants are prohibited from offering indoor dining in Michigan from
Wednesday.

Covid cases have now topped 11 million in the US, with hospital admissions at record levels.

The Trump administration struck an optimistic note on Friday, saying it hoped to distribute 20 million doses of an approved vaccine
in December, and for each month after that - although vaccines have yet to get official approval.

But aides to President-elect Joe Biden say the White House's refusal to facilitate a presidential transition means his team is being
excluded from planning around a vaccination campaign that will be a priority for Mr Biden when he takes office in January.

"Our experts need to talk to those people as soon as possible so nothing drops in this change of power we're going to have on January
20th," the president-elect's chief of staff Ron Klain was quoted as saying by the Associated Press news agency.